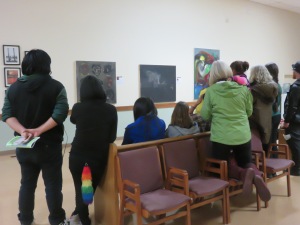 Behind the Lines – Contemporary Syrian Art is travelling across Canada in 2016 and 2017 with two stops in the Cowichan Valley, Vancouver Island,BC: Duncan United Church until Dec 2, then Brentwood School Dec 10 to 17. 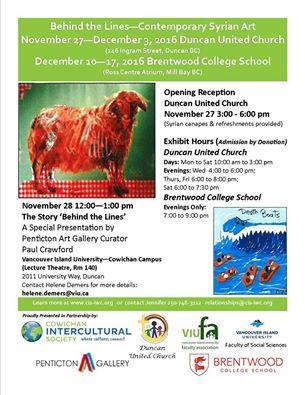 100 works of art by 18 Syrian Artists to be secretly sent out from behind the lines of the Syrian War to be exhibited at the Penticton Art Gallery.

“Over the last year I could have never predicted or even fathomed how relevant this show would become due to the change in our government and the influx of all these Syrian refugees to our communities,” Crawford says.  Behind the Lines is now travelling across Canada with two stops in the Cowichan Valley, Vancouver Island,BC from November 28 to December 17. Contact Paul Crawford for the complete schedule of the Behind the Lines Exhibition.

In an interview with the Globe and Mail, Humam Alsalim explained the role of artists as Ethical Witnesses. 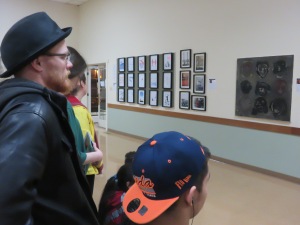 “Art from Syria, like from any other place will express feelings and transfer the state of the country through painting, images and every other media. It’s one of the basic roles that art can play … People can see us through the art.” (Humam Alsalim in The Globe and Mail).

Inclusive Leaders from Cowichan Intercultural Society’s Multicultural Leadership Group recently visited the Behind the Lines Exhibition.  We used all our senses to listen with compassion and reflected:

“I feel such sadness, appreciation and gratitude for this exhibit”

“Despair about the children.”

“What is happening in Syria happened to my people here on this land and across North America.”

“World Peace? How? There are only 11 countries in the world that are not involved in a war right now.” 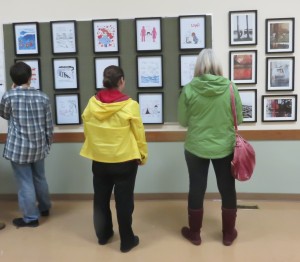 “When I lived in Kuwait, this war was going on and it seemed that nobody cared. Knowing that people around the world now know something about what is going on inspires hope.”

“I want MLG to be involved in getting to know at least some of the Syrian families who have moved to the Cowichan Valley. We have 77 refugees from Syria here now and we will be welcoming more families soon.” 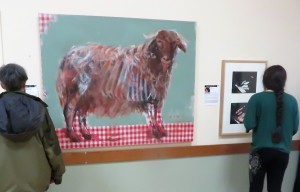