The Inclusive Leadership skill of Ethical Witnessing involves addressing injustice by …“coming to the table with creative solutions or providing a space where we can find those resolutions together.” (Fran Hunt-Jinnouchi). This post by Christy Tweedy honours Fran Hunt-Jinnouchi as an active ethical witness and advocate for social and ecological change. Fran is a natural community builder and an inspiring role model for co-operation and ethical consciousness. 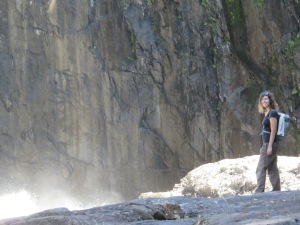 While on Vancouver Island, BC, Canada during the Summer of 2015, I let my curiosity fully lead my way. I was exposed to many new experiences and connections. My path also led me to study subjects like ecology and inclusive leadership. Not too far into my studies I began to see the similarities in both fields. I noticed that each study focuses mainly on cooperation. Ecology is the study of interconnected eco-systems whereas inclusive leadership is the interconnected social networks in a community. Both reside with a framework of ethical consciousness.

My curiosity steered me towards finding individuals, organizations, and conservation efforts that held true to the social and environmental ethics I was being exposed to. While keeping my eyes and ears open, someone told me about a woman on Vancouver Island who is an active advocate for social and ecological change. I was told that she was someone who is a natural “community builder”.

Her name is Fran Hunt-Jinnouchi and she was a Green Party candidate in the 2015 Canadian Election. My interest was sparked when I was told that she stands for such principles as ecological wisdom, social justice, sustainability, participatory democracy, and respect for diversity. These are the same values I had seen expressed while facilitating Inclusive Leadership Gatherings. After hearing this I knew I wanted to find out more about Fran’s mission.

I joined Fran and the local Green Party community at their office in Duncan, BC where I watched Fran sharing current affairs, tasks, and information about the upcoming election. Fran was also observing the dynamics of the meeting and multiple times made assertive efforts to provide opportunities for others in the room to voice their thoughts. When others were speaking, I felt that Fran was truly present. I greatly admired the attention and respect Fran and her team offered to the community. When I mentioned that I was a grassroots community builder from the  United States, Fran immediately stated that she wanted to get together with me. I felt honored that she wanted to take time out of her busy schedule to meet with an American writer to discuss community building!

We met at a local eatery to chat about inclusive leadership and ecology. Immediately our conversation was sparked by the topic of inspiration. It was clear that inspiration was a driving force behind Fran’s motivation to lead. She shared her ancestry in the Kwakiutl/Quatsino Nation and her motivation is to care for the generations who are yet to follow in our footsteps. 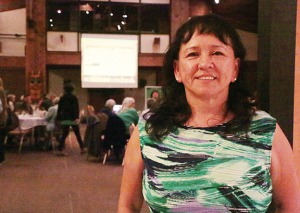 When asked about being a leader for those around us, Fran responded, “Leadership is about inspiring others, not just managing people.” She engages her inspiration by modeling the actions she hopes to see played out by others. Fran is a role model for actions related to ethical consciousness.

A significant statement Fran said was, ” “Instead of just saying you will work together, actually do it. Be that change. Be that bridge. Engage in the behaviors you want others to engage in. Take the bold steps that you know others are fearful to take. Be bold and hold your spirit to the ethics you know you must engage in.”

When asked about facing political obstacles, Fran responded, “We can never attack a situation. We need to come to the table with creative solutions or provide a space where we can find those resolutions together. In order to truly have a participatory democracy we need to provide respect and patience towards others.” 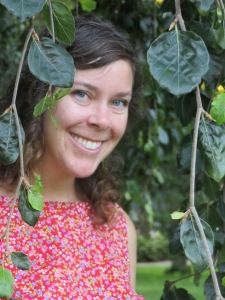 These are the same principles I have witnessed the past few years through Inclusive Leadership as well. I am continuously amazed at the similarities that are constantly exposing themselves on my journey. I have hopes for the generations that are yet to come. I feel a sense of peace whenever I witness leaders (large and small) actively following their inspiration to build more inclusive communities. As always, I am immensely thankful for the learning opportunities shared while in British Columbia. I am bringing my experiences, like my time with Fran Hunt-Jinnouchi back with me and into my communities in the United States.