This post submitted by Linda Hill honours Harold Nahanee (1953-2010) for his leadership based on “following the leaders behind him.”

Over the years since Harold and I became intercultural bridge-building buddies in high school, I have thought a lot about what he taught me. I have come to view the Inclusive Leadership skill of “following the leaders behind us” as one of the key skills for opening doors to  justice, healing, reconciliation and peace. The act of inviting leaders in the background to come forward and then following those leaders is powerful. Following the leaders behinds us builds strong bridges across gaps between marginalization and privilege. As we walk together back and forth across those bridges, we are changing the world.

But for Harold, the skill of following the leaders behind him was simply the way he lived his life. From the time he was a small child, he went through every moment of every day (a) noticing who was in the background, (b) inviting and encouraging these background leaders to come forward, and (c) sharing leadership in ways that set everyone up for success.

I first experienced Harold’s bridge-building leadership during one life-changing lunch hour in high school. While he was playing volleyball in the high school gymnasium, he looked around for who was being left out (as he always did) and he noticed me sitting way up in a corner on the back bleacher reading a book. 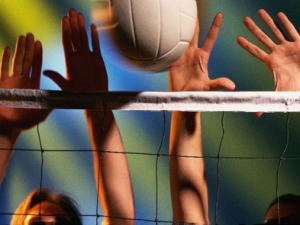 Next thing I knew, Harold had bounded up to the top of the bleachers to invite me to come on down and join the game. Of course I said “No” and of course Harold didn’t take no for an answer. Before I knew it, I found myself in the middle of the game, Harold stood beside me teaching me how to get the ball over the net. With Harold there setting me up for success, I felt like a super star. I began playing every lunch hour and went on to become a volleyball referee. And Harold followed my lead into groups in our high school that were involved in helping to build a welcoming and inclusive school community based on bringing out the best in each person’s different gifts.

Forty years went by. Harold’s obituary, published in the Vancouver, BC Sun Newspaper in 2010, gives a glimpse of the Squamish Nation’s appreciation for how he followed the leaders behind him throughout his life. “Harold was always willing to volunteer and help with the Squamish Nation Teams for lacrosse from minors to senior clubs. Over the years this made him very proud especially when he got to see his family members excelling in an organized sport. He was also active with his family teachings with the culture, travelling throughout the lower mainland, up and down the coast and through Washington and other States meeting new friends, family and more importantly maintaining lifetime friendships. His legacy to his family is that he was an avid fan of lacrosse, football and soccer. He had a great sense of humour and his presence will be missed by his Squamish Nation families at community gatherings.”

However, what his obituary doesn’t mention, and what I didn’t know for many years, is that Harold Nahanee was forced to grow up and to bring up his children in dreadful conditions. “The First Peoples of Canada have suffered too much, and for too long. Our people have waited in terrible conditions, suffering indignity and going without many of the basic services other Canadians take for granted.” (National Chief Perry Bellegarde, December, 2015).

As Harold said when we got together for a visit in 2008, “I didn’t go to residential school, but residential school came to me.” During that visit I felt shocked and saddened that his physical and emotional health had been so worn down through year after year of injustice, racism, police harassment, poverty and alienation. When he told me that his grief was literally killing him, I didn’t know what to do except to once again follow this amazing leader whose gifts – that he had given so freely back in high school – had been pushed away in so many ways for so many years.  When I invited him to come forward and get involved in Inclusive Leadership he accepted. Harold also got involved in a Vancouver, BC support group called Warriors Against Violence. He shares this part of his life story in this 8 minute video.

Warriors Against Violence and Inclusive Leadership transformed the last two years of Harold’s life and had a big impact on each person who followed his lead during his efforts to reclaim his compassionate roots and rediscover his leadership skills. He found the skills, courage and motivation he needed to once again share his love of sports, his cultural teachings, and stories of his life with the wider world.

We had one last visit in August, 2010 shortly after he was hospitalized. He asked me to let the Inclusive Leadership community know that at the same time that his body was dying, his spirit had healed. He asked me to let people know that one night he had a vivid, waking dream in which he saw that every act of violence, every harsh word, every curse, every incidence of injustice and unfairness had turned into thousands and thousands of scorpions, snakes, spiders and poisonous insects. These creatures that had been poisoning his heart and mind for so long lost their power over him. They all slithered away. When he woke up the next morning, he had found peace and reconciliation.