The Star Wars obsession continues. This time, rather than the typical month of May release date, people are given the space and time to relish in their galactic delights during their holiday hiatus.

We see images of glassy eyed marathon movie-goers, as droves devour each and every hour of the Star Wars saga in preparation to watch “The Force Awakens.” 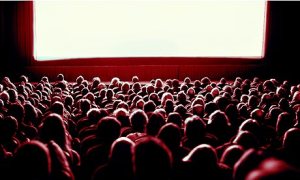 So, does the Force, in fact, Awaken?

I have not yet had the opportunity to watch it and I can’t help but wonder how does this new film compare to the original trilogy, or to the prequels that followed. What kind of imagery is created, what class structures are present and how are race and gender represented in a film that comes nearly 40 years after it’s beginnings.

What, if any, is the story of inclusion told to a new generation of Star Wars fans? And how might it reflect our present day struggles?

The stories we tell each other, as a society, in art form, myth, etc. hugely inform our experience of ourselves, and the collective direction in which we head. We need not look long at the real life narrative created by Republican candidate, Donald Trump, to see that certain stories of exclusion and intolerance serve to emphasize the “Us” vs. “Them” phenomenon. The story that Trump capitalizes on (and boy does he like to capitalize) is the oldest trick in the book and it illustrates that there is an “Other” that is somehow less than, or less deserving than the group he claims to be a part of.

The idea of subject and object races in which some humans, (and in Star Wars, where aliens serve as proxy for the Other), are expendable and therefore necessarily due less respect and dignity than others, is the bedrock of imperial and colonial systems.[1]

Does the “Force” in its “Awakening” address these hierarchical structures in a way that acknowledges who created them, and perhaps more importantly, who perpetuates them?

In Carl Silvio and Tony M. Vinci’s Culture, Identities and Technology in the Star Wars Films, one argument is made that “the Star Wars films can be read as being a tolerant and inclusive film imaginary, [where] a diverse group of heroes (consisting of aliens, droids and humans) do battle with an “evil empire” that is constituted as both a racial and totalitarian imperial state.”[2]

With a particular interest in stories of tolerance and inclusion composing a greater part of our collective narrative, I am both appreciative and cautious of this take on the Star Wars films. I’d like to think that masses of people are obsessed with grand ideas of tolerance and inclusion. And I’m sure many of those viewers can relate to Luke Skywalker’s upbringing where his “personality and ethos are heavily informed by his formative experiences on his home planet.” Tatooine is depicted as “a multicultural world where its human settlers have to navigate and negotiate an existence with their fellow alien denizens.” And “because of his upbringing in this multicultural society, Skywalker shows no discomfort in his interactions with the aliens of the Rebel Alliance. “[3] But what about the aliens? And are viewers meant to relate to humans and aliens alike?

An important question arises that challenges the original argument: “How is the reading one that advances themes of tolerance and inclusion complicated by the paucity of non-white, human characters in these films?”[4] In other words, can Star Wars be considered tolerant and inclusive if what is portrayed as human is predominantly Caucasian? Or has Star Wars’ director, George Lucas, inadvertently fed Trump’s racial biases at a time when we need a much different story told?

The concept of race and the value placed around out-group and in-group membership by those in power grants privileges to some, at the expense of others, and helps to determine “who gets what, where, when and why?” In liberal-democratic politics, there is a tension between claims of tolerance, inclusivity, and fairness for all members of society and the underlying reality of historical and contemporary racial discrimination. Race is real, but rhetoric(s) of tolerance and an inclusive notion of people-hood often dominate the national mythos as both elites, as well as many segments of the public, reproduce and embrace thee hegemony-reproducing narratives. Race and sense of difference from whatever group is defined by elites, and understood by the public at large, to be the Other is the social glue that helps give legitimacy to these States.[5]

While the lack of non-white human characters in previous Star Wars films is notable and of greater focus in my comments today, the scarcity of independent female characters (in these and many other blockbuster films) is also something to ponder. I am encouraged to hear that the new Star Wars film (which I remind you I have not yet seen) actually passes the Bechdel test[6], which simply means that “two female characters speak to each other – and not about a man.”[7] An awakening of sorts. In contrast, “there are only three named female characters in the original trilogy with speaking roles – Princess Leia, Aunt Beru, and Mon Mothma, one of the leaders of the Rebel Alliance. In three films, none of them says a word to each other.”[8]

I really do wonder what kind of progress has been made in the way we relate to the stories we tell ourselves. Is inclusion and tolerance a priority for movie-makers? Is it a real priority for our leaders? 1977 saw the opening of the first Star Wars movie, the election of Jimmy Carter in the US, and Pierre Elliott Trudeau had already been our Prime Minister for nine years. Today, the 7th Star Wars movie is out, with the first Black President in place, we look dauntingly at the next US Presidential election, which may result in the first woman president, and in Canada we’ve just elected another Trudeau. 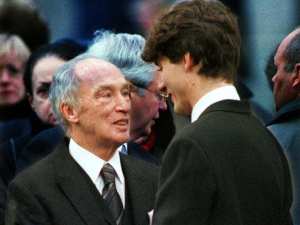 Banners toting “Trump for President” notwithstanding, let us hope that an inclusive Force, present in us all, Awakens this holiday season. And as I head off to see the new Star Wars movie, my glassy eyed vision for our real life leaders is one of tolerance and inclusion.